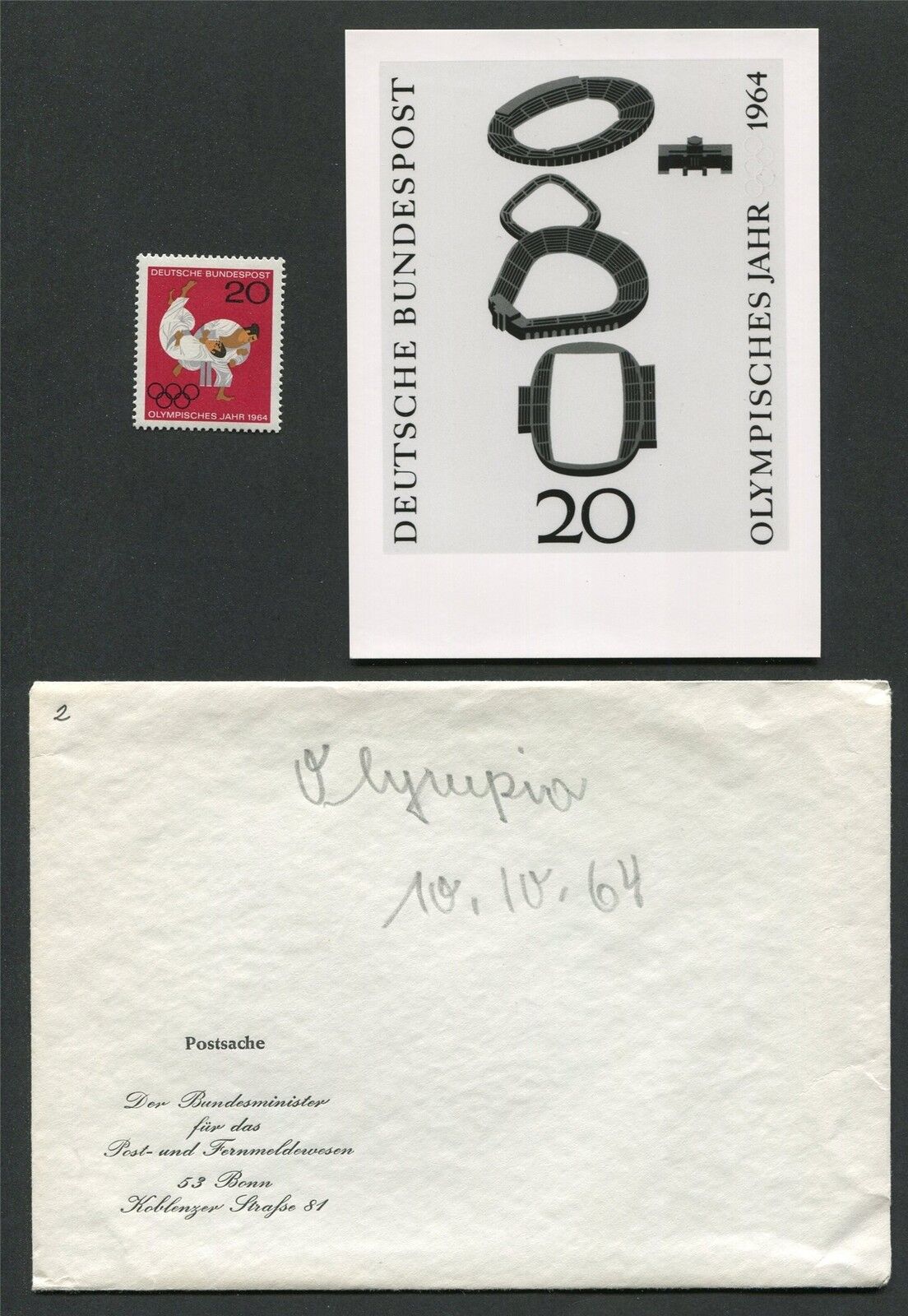 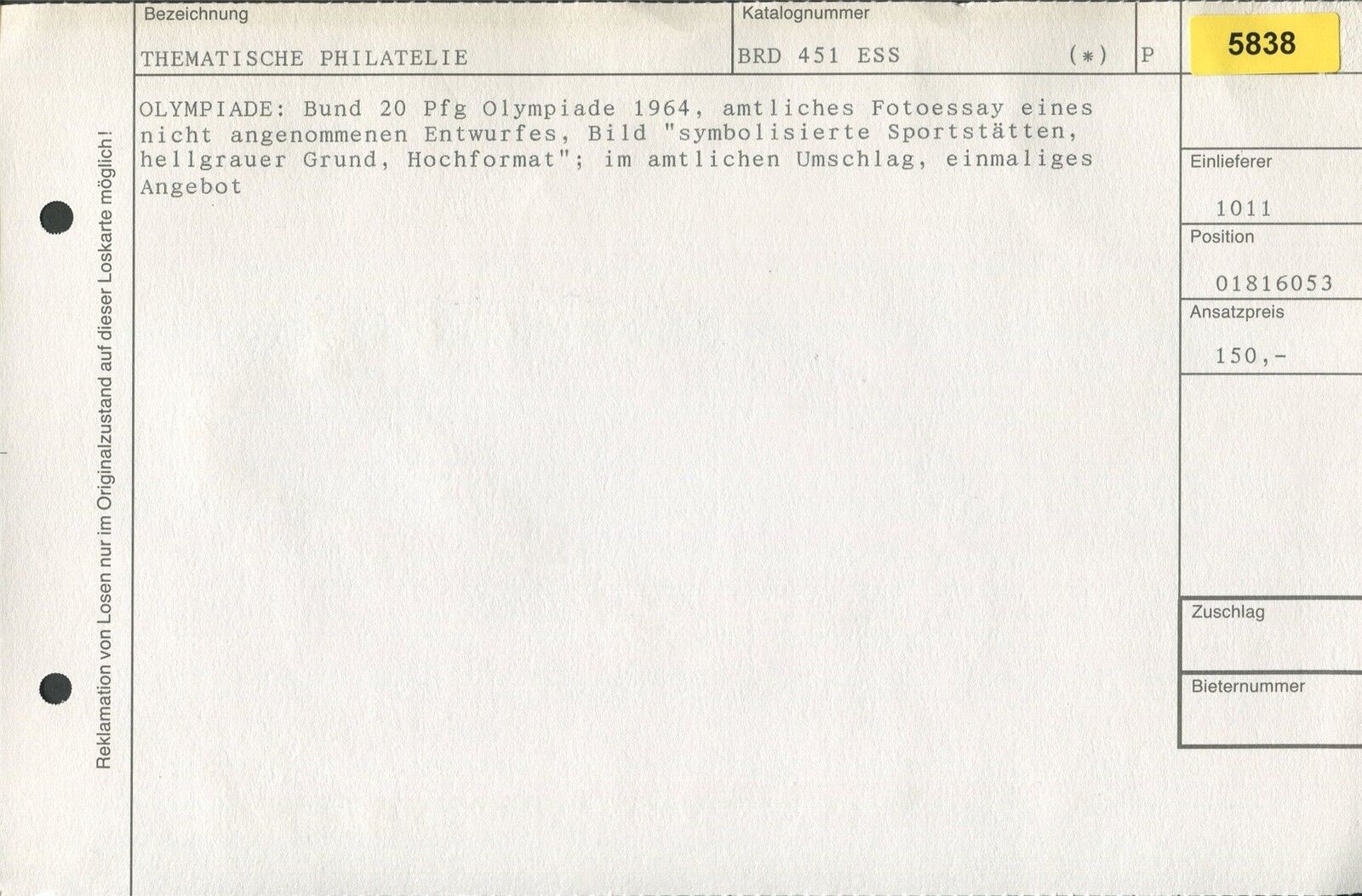 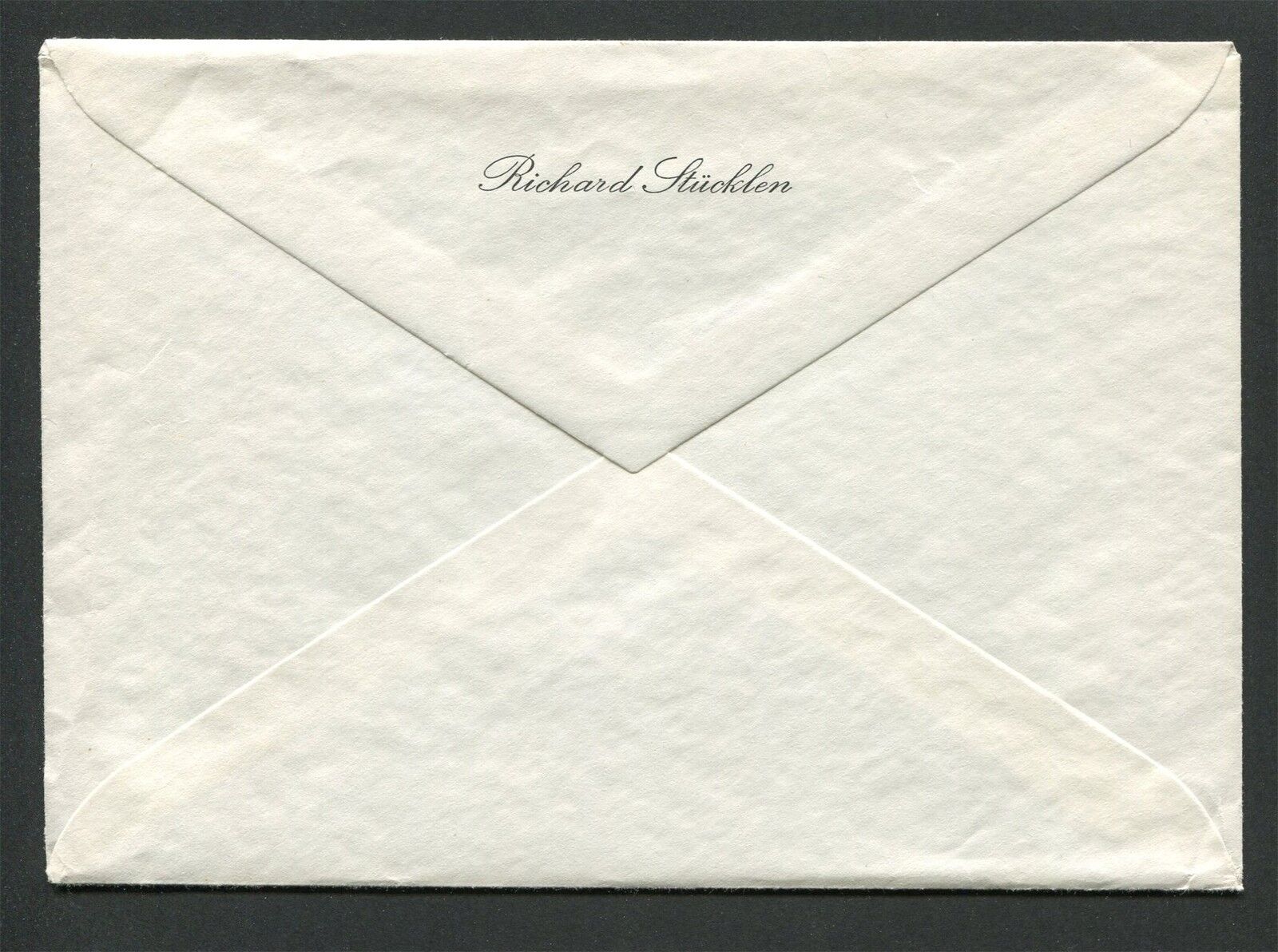 For more information or to register for any class, email: brianhenry@sympatico.ca

Summer in Algonquin: Writing Retreat at Arowhon Pines  Resort, July 8 – July 11, 2022. Join us for a weekend of creativity and fine dining in the midst of the Algonquin wilderness. Details here.

To reserve a spot or for more details about any course, workshop or retreat, email brianhenry@sympatico.ca

I visit and find
the sweetness of honey still in the jar
under a lid too tight to open.

I can’t predict what will fail her next,
much as I try.
To prevent it.

Lace-up shoes are cast aside for Crocs.

Hand in hand we shuffle
together
toward shrinking tomorrows.

There was no more honey.

She drove to the store, independently.
Parked and shuffled in.

There, on the bottom shelf.

The weight of gold, too heavy.
The check-out, too far away.

She turned and left.

Tap-tapping with her cane to the car.
Then, home, to bitter tea.

“Ninety-one” and “Ninety-one (Part 2)” were originally published on 50-Word Stories. For information on submitting to 50-Words, see here.

~ Grow as a writer

Online ~ 2 different sessions:
(On Zoom and available wherever there's Internet)

Intensive Creative Writing isn't for beginners; it's for people who have been writing for a while or who have done a course or two before and are working on their own projects. You’ll be asked to bring in four pieces of your writing for detailed feedback, including two long pieces. All your pieces may be from the same work, such as a novel in progress, or they may be stand alone pieces. You bring whatever you want to work on.

Besides critiquing pieces, the instructor will give short lectures addressing the needs of the group, and in addition to learning how to critique your own work and receiving constructive suggestions about your writing, you’ll discover that the greatest benefits come from seeing how your classmates approach and critique a piece of writing and how they write and re-write. This is a challenging course, but extremely rewarding.

To reserve your spot, email: brianhenry@sympatico.ca

Instructor Brian Henry has been a book editor and creative writing instructor for more than 25 years. He publishes Quick Brown Fox, Canada's most popular blog for writers, teaches creative writing at Ryerson University and has led workshops everywhere from Boston to Buffalo and from Sarnia to Saint John. But his proudest boast is that he’s helped many of his students get published.

Read reviews of Brian's various courses and workshops here (and scroll down).

Posted by Brian Henry at 8:37 PM No comments:
Labels: Creative writing courses, Intensive courses, Online courses, Horse Bits Hope Someone Could Use These!

“Keeper of the Great Books” by Karen Ervin

I was honoured
When first offered the job
As Curator
Of the Great Books
Of the Western World.

I knew, of course,
It would be a lonely job,
Locked away in the Tower
Overlooking the whole
Of Modern Civilization.
These were, after all,
The books that everyone quoted
And no one actually read.

It was my job to keep them
In pristine condition.
And it was I alone
Who handled them
Day in and day out.
I alone would keep their pages shiny,
Their covers free of dust.
I alone would learn their secrets,
The codes to unlock
With every word on every page.

It would take a lifetime or more
Thankfully I had nine
And lots of naps in between.
For I alone am Philosopher Feline
Keeper of the Great Books

Karen Ervin lives in St. Catharines, Ontario, with her husband. She writes poems and short pieces for fun and experimentation, often drawing inspiration from her cat, Jinx.

Posted by Brian Henry at 8:55 PM No comments:

Online workshop: Beginning Right – How to open your novel, Sunday, May 15

Beginning Right – How to open your novel

Every page of your novel is important, but if agents and editors aren’t immersed in your story by the end of the first page, they’re not going to read the rest. If a reader isn’t hooked by the end of the first paragraph, she puts your book back and picks another off the shelf. This workshop is dedicated to writing openings that will catch the interest of agents, editors, and readers alike, and get your novel off to the great beginning it deserves.

Special opportunity: Bring your own first couple of pages – the first 500 words or so. You don't need to prepare anything, but if you like, email me your piece prior to our workshop. We want to do some peer critiquing for everyone, and I will critique several pieces so everyone can see what works, what doesn’t and how to improve your piece.

Workshop leader Brian Henry has been a book editor and creative writing instructor for more than 25 years. He publishes Quick Brown Fox, Canada’s most popular blog for writers, teaches creative writing at Ryerson University and has led workshops everywhere from Boston to Buffalo and from Sarnia to Saint John. But his proudest boast is that he has helped many of his students get published.

Read reviews of Brian's workshops, classes, and writing retreats here (and scroll down).

This workshop will be offered on Zoom. Orientation provided, but you will need a computer, tablet or smartphone with a mic and, preferably, a camera {i.e. a webcam}.

“My Son” by Dana Webster

My son, Meacham, was born on April 1 but it wasn’t until April 2 that I fell into mad mother love.

Three days of labour, twice being sent home from the hospital because my cervix hadn’t yet dilated to the magic 8cm, walking the streets of Toronto in hopes of encouraging more frequent labour contractions, doubling over in the middle of an intersection while I waited one contraction out, my mother and my husband holding me up at the elbows so I wouldn’t fall completely to my knees, imagining that I resembled a bird of prey, wings cocked ready to carry me up, up and away.

One and a half hours of squinty-eyed, breath-holding bearing down, the epidural wearing off just as the head was crowning. No episiotomy, I had insisted. Would that have helped? The pain of labour previously unknowable. Having, finally, to stop resisting it, stop wishing it were otherwise. Waves of profound clenching and letting go, clenching and letting go, each swell bringing me further and further inward. In my mind’s eye, a tunnel dark, tight and miles long that the baby had to inchworm its way through. Afterward, when I had returned to the here and now, I was puzzled by the reality of my body harbouring no tunnel at all. How in god’s name did the journey to birth take so long for such a short distance?

An enormous, squished head, one shoulder, the other shoulder, all slipped through in their own time, my body making way for its exodus. I was never really sure if my efforts of pushing and huffing and crying and swearing had any effect on the process. It felt like the baby was doing its own thing, resisting the journey, biding its time until it was ready and not before. It would be our first battle of wills: I wanted it out; it wanted to stay put.

When the tips of its tiny toes finally emerged, when it was fully born to this world, the baby refused to breathe. Held on to what it knew, to where it felt safe for as long as it could. All the breaths I had in me were expended on the journey of its birth. I held my last breath in. Until it let its first one out.

I awoke a few hours later in a bed of crisp white sheets, a relief to my battle-fatigued and bruised body, my hyper-sensitive skin. My mind basked in the soft place of not quite awake. When my eyes drifted open, I was startled to find the baby lying in a small crib of its own. I’d forgotten where I was. I gazed at it, sleeping and swaddled like a grub in a blue blanket and wondered what happens now? The bundle of blue was hot to the touch. The dark hair on its head soft and dry.

I patted the baby’s bottom, stroked its forehead, and gazed at the long lashes over sleeping eyes. And this wasn’t enough. I felt a sudden longing, a deep calling, an urgency. I wanted all of it, now, next to me. I picked him up and held him under the covers with me. It was his smell that intoxicated me, a scent of which I had no previous experience but was, at the same time, instantly recognizable to me as the scent of love. I was a mother. Nothing would ever be the same again.

Dana Webster is writing short stories, memoir, a novel (or two) and a regular blog. You can subscribe to Time To Write at https://www.danawebster.com/

How to Write Great Dialogue

Accessible to beginners and meaty enough for experienced writers, this workshop will show you how to use dialogue to make your stories more dynamic and dramatic.
Whether you’re writing fiction or memoir, you need to be able to write great dialogue that both sounds natural and packs dramatic punch, and you need to know how to mix your dialogue and narrative so that your characters come alive.
Come to this workshop and learn all about writing dialogue – both the basics and the best tricks of the trade.

Workshop leader Brian Henry has been a book editor and creative writing instructor for more than 25 years. He publishes Quick Brown Fox, Canada’s most popular blog for writers, teaches creative writing at Ryerson University and has led workshops everywhere from Boston to Buffalo and from Sarnia to Saint John. But his proudest boast is that he has helped many of his students get published.

This workshop will be offered on Zoom. Orientation provided, but you will need a computer, tablet or smartphone with a mic and, preferably, a camera {i.e. a webcam}.

The Wistful and the Good {Book One of Cuthbert’s People}

In the year 793, a great Viking raid devastated the rich monastery of Lindisfarne, announcing the opening of the Viking age. In a small coastal village a few miles south of Lindisfarne, Elswyth, the daughter of a simple thegn and a slave, is preparing to marry a nobleman, Drefan of Bamburgh, a match that will secure her family’s fortunes.

But Elswyth’s family has been trading with a Norse clan since before she was born and when Leif, the son of the Norse jarl, arrives seeking to raise a ransom for his kidnapped father by selling Christian holy books, Elswyth is charged with keeping the peace between Drefan and Leif. On its own this would be difficult enough, but it becomes so much harder when Elswyth finds herself starting to fall for Leif.

If Elswyth follows her heart, or fails to allay Drefan’s growing suspicions, bloodshed and slavery are certain to follow.

The Wistful and the Good is being serialized on Substack here and is available in Kindle or as a paperback here.

Mark Baker recently moved to Bridgewater, Nova Scotia. One of Brian's students for several years, he is currently serializing the first book of his trilogy, The Wistful and the Good, on Substack under the pen name G. M. Baker.

Mark has also published three nonfiction books as well as stories in a number of journals including: Dappled Things, The Rockford Review, Storyteller, Solander, Our Family, New England's Coastal Journal, and Fantasy Book.

Brian Henry has been a book editor, writer, and creative writing instructor for more than 25 years. He teaches creative writing at Ryerson University. He also leads weekly creative writing courses in Burlington, Mississauga, Oakville and Georgetown and conducts Saturday workshops throughout Ontario. His proudest boast is that he has helped many of his students get published.